In 1881 our 20th President, James A. Garfield was shot on his way to catch a train.  The bullet didn’t kill him.  Rather, it was the botched medical care he received from his team of doctors as they tried to treat the wound. 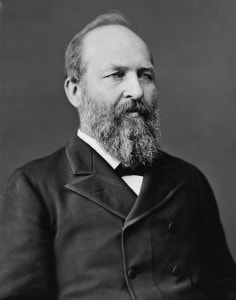 James A. Garfield, 19th President of the United States

Today, the events that led to the death of President Garfield just wouldn’t happen.  Medicine has come a long way in a short time; but this was the era of horse drawn carriages, bloodletting and, really, before science played a significant role in medicine. When Garfield died, doctors were poorly trained and there was a struggle between old and new schools of thought.

Listerism, the process of using antiseptic and keeping an environment sterile, was a hotly debated concept.  Some doctors bought in, some did not.  As a result of this debate (plus the constant juxtapose between the old and new schools of thought), the team of physicians responsible for caring for the wounded James A. Garfield put their dirty hands and utensils into the President’s body repeatedly in hopes of finding the misplaced bullet.

The end result was lots of germs, infection and ultimately, death.

What the heck does this have to do with marketing your medical practice? 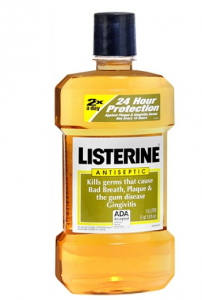 Well, for one, it’s just really cool history.  (And yes, ‘Listerism’ is how we eventually got ‘Listerine’)

But it’s also history that shows us why things work the way they do and why we make the decisions we make.

Call me a nerd, but I’m about half way through a two-year effort to read one book on every American president.  It’s not for everybody, but I’m enjoying it.  And, I’ve become really helpful during trivia night.

I was at #19 in my journey and my curiosity about medical history got the best of me, so I diverted from the presidents and decided to tackle Seeking the Cure, A History of Medicine in America.

Partly because of what I do for a living and partly out of a genuine curiosity, I found the history of medicine in America quite intriguing. From how doctors were originally trained to the early political power of the AMA, to how we got specialists and even curious events that led to the discovery of the heart catheter and the money that followed. It was all quite eye opening.

The evolution of medical marketing and social media

Medicine has a very unique history and so much of its evolution can show us how and why we market our medical practices the way we do.

We work with a lot of medical practices.  Some get social media and some do not. Some practices fall in between and do it just because everybody else is doing it. The general school of thought is that social media alone will not bring patients in the door.

Social Media will however:

Social media also provides the tools for your patients to publicly criticize or praise you for the care they have been provided. 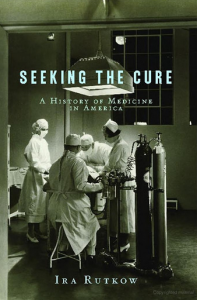 Seeking the Cure, A History to Medicine in America

During the early 20th century, medicine started shifting to a more scientific approach and it was about this timeframe that more and more specialties came into play.  Historically, your family doctor was your trusted advisor and families did not seek the care of a particular specialist.  There was a special bond between patient and caregiver and it’s a story that was told at every kitchen table.

Then somewhere along the way, more and more medical students began focusing on a particular specialty rather than build a general practice.  This was a heated debate back in the day, partly because it was perceived to fragment medicine and weaken the bond between patient and doctor.

It wasn’t until the 1960s that “general practice” or “family medicine” was recognized as its own unique specialty.  And thus, this time honored relationship between a physician and his patient was recognized.

However, those of us tasked with marketing medical practices, most of which are now specialty practices, need to find a way to build and enhance a relationship with our patients, much like that of the traditional relationship between a family doctor and his patient.

That’s where social media comes into play. Use it to build and enhance relationships. The strength of your relationships will translate to the patient increase you are trying to achieve.